DO I MUSE YOU  title of independent no budget documentary film I had started working on in 2011 to 2012 That is now scrapped and abandoned. I did film various short video clips of cats and artists art shows with the idea. 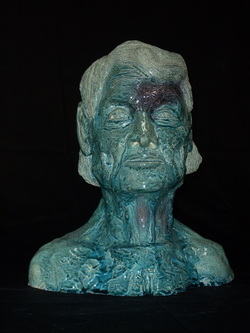 This was a film idea I had back in April 2011...It never got off the ground...and my life changed a bit too...I got into stand up comedy a year later in May 2012....I ended up leaving alone the bikini model I had a incredible crush and fixation about in March 2012...I did film some various things like filming pixie bob cats and a savannah cat....I made a comic con booth babes hot chicks at comic con website with pictures I took of cos play girls and my less than successful love story about the girl I adored from comic con where she was a liar and jerk to me and I was really a fool going to far to impress someone not interested in me even if she told me otherwise to my face about wanting to call me to date me...among other total lies she told me to me face that I believed coming from her.
I changed the site from being less bitter about my dream girl and less observational analysis about hot babes paid to flirt in skimpy outfits men find sexy at comic con....The sites were changed to show the positive friendships and connections and camaraderie you can find and see around you at comic con and the people who attend or are in costumes. Basically a negative angry outlook at my trying to land a less than trustworthy bikini booth babe supermodel as my girlfriend very unsuccessfully, it was a disaster botched up blunder. Changed into a new website about hope and happiness around you at comic con...So this film was not a bad idea...It served it's short lived purpose to become a transition of something else..first filming other artists art shows or art studios they work in...second to start filming my stand up comedy sets....I could always come back to this movie concept in a meaningful way one day later on in the future.

I decided to embark on making my first documentary movie starting the preproduction idea back in April 2011. It is titled 'DO I MUSE YOU' the orginal concept and idea was to bring in all of my eccentric hobbies, passions, and current interests I have that make me one of a kind and unique and interview or film the people active and involved in that same interest or hobby of mine.  I was also going to have a big emphasis on the subject of fantasies about love and romance, and inquire to the people I interviewed their own ideals or dreams or current reality about love and their dreams about true love!

Because I had a huge crush on a girl I had met at comic con before that I was totally crazy over and had a huge fantasy of having a relationship with her about, others who knew me suggested I make a documentary film about my quest to go find her and win her heart and interview as many people who love the same things as I do in life with a commonality of our shared interests.  Well the crush on the girl didn't go as planned and I had to take the heart break like a man and face a little reality of how she was both not interested in me and not giving me a fighting chance to even get near her. I have no idea who my next crush might be, so the part of the documentary part film where I document my own personal quest to pursue my ideal dream girl, isn't a part of the story anymore at least not at this point!

I have my digital video movie camera and my fancy new super strong tripod. I am ready to start filming and setting up times of people and animals to film.

The subjects I will be interviewing people about are:


I want to interview people who love, practice, or perform HIP HOP DANCING.


I want to interview comic book, art book, non fiction BOOK COLLECTORS who are hardcore like me and collect to the point of running out of room to have enough space to keep all of their art books!


I'm nutty about ART HISTORY and can talk the talk and walk the walk on that subject, so I will plan to find the other people who love ART HISTORY as much as I do! That should be an interesting exchange to watch and listen to me do an interview on a subject I know extremely well!


I also really want to include if I can interviews of ATTRACTIVE WOMEN! The type I find very interesting and appealing to me, that I like and would have a crush on in my own life if I met them, and ask them in an interview about the subject of their hobbies, interests and their personal take they have on love and finding romance in their lives so far.

As of now 6-16-2012 I have only filmed and uploaded short content for internet video websites like Vimeo and YouTube and my websites.  The film idea never was a bread that could rise up in the oven, I have used my camera to film myself or my life and others around me to amuse others as a form of my communication with others or the greater world wide community of people who come across my no budget videos.  I doubt at this point if the Do I Muse You movie will ever get off the ground and made...but I am proud of myself that I have made all these videos of my art or other artists, hot chicks are not easy to get to close to outside of class or in real life on their schedule of their open free time that they have.  Whatever!  I work with what I got.  I make things happen, or I try and fail while trying to make things happen.